Drones are increasingly being used in disaster management, write Maja Kucharczyk and Chris Hugenholtz, Faculty of Arts, in Conversation Canada

Every year, disasters kill an average of 60,000 people, affect 200 million and cause US$150 billion in damage. To combat these devastating impacts, governments and other stakeholders routinely rely on images captured by satellites and crewed aircraft for crucial tasks such as identifying and monitoring areas most at risk, evacuation routes, damage severity and extent, and recovery progress.

Alongside these standard spaceborne and airborne platforms, small aerial drones equipped with cameras are relatively newer tools. Praised for their low cost, easy use and capture of on-demand visuals, drones may be a game-changing technology for emergency response.

Drones are now routine photojournalistic tools used to capture compelling images and videos of the devastation occurring from major events. Their fly-through videos are a staple feature of many news articles covering floods, landslides, volcanic eruptions, storms, wildfires and earthquakes.

International organizations like the Red Cross have been using drones across their global networks. But there exists a critical knowledge gap of standard applications and lack of standard procedures within and across the humanitarian sector. This contrasts with the highly standardized use of satellites and crewed aircraft by disaster management organizations.

To help illuminate common uses and disparities of disaster-mapping drones around the world, we looked at a variety of research papers. In our new study published in Remote Sensing of Environment, we examined over 600 scientific case studies of pre- and post-disaster mapping. We identified global trends and gaps in terms of disaster management application, technology and geography, leading to a list of priorities for future research.

Drone use in emergencies

We found that the majority of studies (87 per cent) were focused on demonstrating drone-based support of mitigation and recovery activities. Commonly supported activities included mitigation-related vulnerability assessment and risk modeling, as well as environmental recovery. Drones were often used to map and monitor the topography and surface features of areas susceptible to and impacted by landslides, earthquakes and floods.

We found a relative lack of response-related research, with only 16 studies indicating that data collection occurred during the emergency phase of a real event. This contradicts a major selling point of drones as on-demand information retrieval tools for disaster response.

We attribute this research gap to the real-world challenges of flying drones in emergencies. These factors include adverse weather conditions and the paramount safety of first-response aircraft.

Earthquakes, floods and storms are the natural hazard-related disasters associated with the most deaths, affected populations and economic losses. However, we found that only a small percentage of studies focused on these events: 14 per cent (earthquakes), 18 per cent (floods) and 12 per cent (storms). Landslides and other mass movements received the most research attention (38 per cent of studies).

This is likely related to the small footprint of landslides and mass movements relative to other disaster types, which is compatible with the typical area coverage of drone flights. Relatedly, we found that 76 per cent of studies flew drones over small areas (less than one square kilometre) and 70 per cent used multirotor drones with less than 30-minute endurance.

Lower-income and urban areas are neglected

Lower-income countries and territories are disproportionately impacted by disasters in terms of deaths, people affected and economic losses. We found that the most studies — 64 per cent — were conducted in high-income countries and territories. We suspect this is due to a higher availability of research resources and supportive airspace regulations in high-income areas.

Studies also tended to perform research in rural areas (79 per cent), which likely reflects the challenge of obtaining flight approvals in cities. However, the impact of disasters will tend to be greater where people and assets are concentrated, so a lack of research in urban areas is concerning.

Based on our review of the existing research, we propose that future research is directed toward demonstrating drone-based mapping support of neglected disaster management activities. These include response-related applications where the advantages of drones are perhaps most striking. In emergencies, locally available drones have the potential to acquire visuals in a more timely manner than satellites and crewed aircraft.

We also recommend more focus on earthquakes, floods and storms to target the deadliest and costliest disaster types. Finally, future studies should be conducted in larger, urban and lower-income areas to help the hardest-hit locations. As research progresses, effective and standard applications of drones for supporting disaster management will emerge. 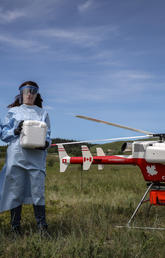 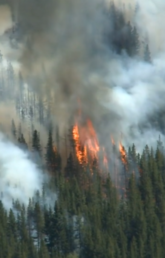 SOS! Summer of Smoke, lessons learned from the Northwest Territories 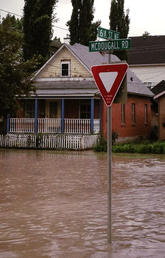 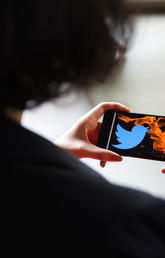