Discovery of baby woolly mammoth remains in Yukon permafrost ‘most exciting scientific thing I have ever been part of,’ UCalgary prof says

Some of the team members who worked on the recovery of Nun cho ga, the baby woolly mammoth found in the permafrost in the Klondike. Holly Basiuk

She looks like an infant caught in the middle of a nap – and from perfectly preserved toenails, skin and trunk, to the signature strands of hair, it is as close to meeting a living mammoth as one can get.

But this female baby Proboscidea closed her eyes for the last time some 30,000 years ago, and Tuesday’s discovery of the mummified woolly mammoth in the Yukon’s Trʼondëk Hwëchʼin Traditional Territory has left one University of Calgary scientist wide awake with excitement ever since.

“It was incredible to think this was an animal that died so long ago, but here it is, preserved so well that it still has hair on it – frankly, it was mind blowing,” says Dr. Dan Shugar, PhD, associate professor in the Faculty of Science at the University of Calgary, and director of the Environmental Science Program, Department of Geoscience.

“To be part of the recovery of Nun cho ga was the most exciting scientific thing I have ever been a part of.”

“This is a remarkable recovery for our First Nation, and we look forward to collaborating with the Yukon government on the next steps in the process for moving forward with these remains in a way that honours our traditions, culture, and laws,” said Tr'ondëk Hwëch'in Chief Roberta Joseph, in a release.

Trʼondëk Hwëchʼin Elders have named the female mammoth calf Nun cho ga, meaning “big baby animal” in the Hän language, and the discovery has been hailed as a significant cultural moment  for Trʼondëk Hwëchʼin and the Government of Yukon.

“We are thankful for the Elders who have been guiding us so far and the name they provided. We are committed to respectfully handling Nun cho ga as she has chosen now to reveal herself to all of us,” said Joseph.

Nun cho ga is by far the best preserved mummified woolly mammoth ever found in North America. A partial mammoth calf, named Effie, was found in 1948 at a gold mine in interior Alaska.

For the University of Calgary’s geoscientist and two UCalgary students, it was a case of being in the right place at the right time: the trio happened to be working in Dawson when the call came out for any geologists in the area who could help with the recovery of the mummy before it thawed. Along with Yukon government geologists Jeff Bond and Derek Cronmiller, Shugar answered the call.

“The timing was incredible – suddenly we had a change of plans, and we’re taking part in the emergency recovery of a baby mammoth,” said Shugar, who was with students Holly Basiuk and Jackson Bodtker, all from the Faculty of Science.

While the Yukon is renowned for fossils of ice age animals, mummified remains with skin and hair are incredibly rare, and the speed of the Treadstone Mining company in notifying authorities means this will stand as the discovery of an era.

“As an ice age palaeontologist, it has been one of my lifelong dreams to come face-to-face with a real woolly mammoth. That dream came true today,” said Yukon paleontologist Dr. Grant Zazula, in a release.

“Nun cho ga is beautiful and one of the most incredible mummified ice age animals ever discovered in the world. I am excited to get to know her more.”

In the months to come, Trʼondëk Hwëchʼin and the Government of Yukon will work together to respectfully preserve and learn more about Nun cho ga, says the government release.

Miners working on Eureka Creek in the Yukon uncovered the frozen woolly mammoth while excavating through the permafrost within Trʼondëk Hwëchʼin Traditional Territory. 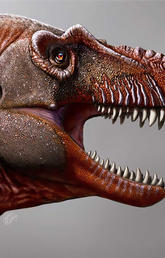 Recently discovered Alberta tyrannosaur, the 'Reaper of Death,' gets its own coin 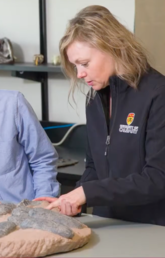 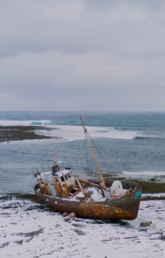 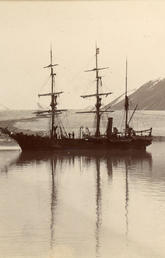 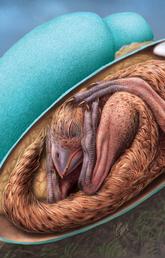